Blockchain and Natasha’s Law. How this technology can help minimise supplychain error. 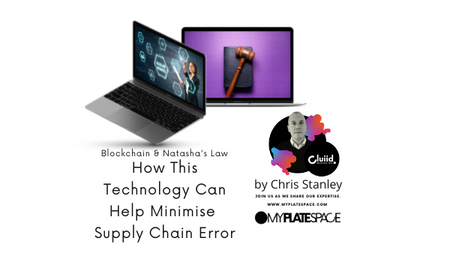 In October 2021, new food labelling legislation went into effect to help the increasing number of people living with food allergies in the UK. But helping consumers make informed choices and keeping them safe from harmful food allergens is a big challenge for today’s foodservice industry that is supported by a very complex, often global supply chain ecosystem.

To bridge the ingredient data void, many are pointing to blockchain technology as a promising solution for effective allergen tracing and management.

The Astronomical Rise of Food Allergies

Allergies have been increasing in frequency and type over the past 50 years or so. But, the last decade, in particular, has seen an explosion in severe allergies to the point that they are now considered the most common chronic disease in Europe. In the UK alone, the number of people living with allergies has been increasing by 5% annually.

Much of the increase is connected to food allergens. Allergic reactions to food have grown as much as 50% over the past ten years. Simultaneously, the rate of hospitalisations in the UK due to a serious food-related allergic reaction (a condition known as anaphylaxis), has more than tripled over a 20-year period. Today, over 17 million people are suffering from food allergies in Europe alone.

In the UK, it is estimated that between 1-10% of adults and children have a known food hypersensitivity, while up to 20% of the population experience some reactions to foods that make them believe they have an undiagnosed sensitivity to certain foods.

The Problem with Allergen Labelling

Clearly and accurately labelling food products with the allergens they contain is critically important to ensure consumer health and confidence as well as the ability to make informed buying decisions.

A few weeks ago, a piece of landmark legislation called the UK Food Information Amendment, also known as Natasha’s Law, went into effect. This legislation requires food service businesses to provide a full list of ingredients and allergens on all foods prepackaged for direct sale on the premises.

This amendment was the result of lobbying by a group headed by the parents of the late Natasha Ednan-Laperouse. The teenager was severely allergic to sesame and had eaten a baguette purchased from sandwich chain Pret a Manger before boarding a flight from London to France. She then suffered a fatal allergic reaction.

At issue was the fact that the wrapped sandwich she ate did not have any allergen information on its wrapper because it was made on the premises. At the time, such labelling was not required by law in the UK.

Many allergy awareness groups feel Natasha’s Law doesn’t go far enough. For instance, many products have a “may contain” label informing the consumer that the product may have been exposed to certain allergens. Many consumers are confused into thinking that a “may contain” label means the product actually contains the allergen. On the other hand, the fact that it is widely used may cause the opposite effect, with the result that the label is simply ignored.

The Rise of Blockchain Technology in Allergen Tracing

Most people may automatically associate blockchain technology with cryptocurrency– the digital currencies in which transactions are verified and records maintained by a decentralised system. For this reason, the use of blockchain technology in supply chain management may seem like an innovative jump. The truth, however, is that the digitalisation of food industry supply chains has already been happening.

Over the past two decades, supply chains have become increasingly complex. The vast, often international ecosystem of suppliers, vendors, distributors and other third parties, only continues to grow. At the same time, there has been a greater need for data capture involving products and raw materials from the moment they are made, harvested or planted in the ground to the time they are consumed.

Enter blockchain technology. The blockchain is a distributed digital ledger system that enables peer-to-peer transactions in a recordable, safe, tamper-proof way. Transactions performed through blockchain ledgers are also made public. Anyone with permission to access the network can see current and past transaction data. This adds a layer of transparency to the process. However, the identity of the parties involved in a given transaction remains private as well as the identity of the items being exchanged.

The combination of security with clear transaction tracing and validity makes blockchain technology a good candidate to improve traceability and management throughout food supply chains. In particular, blockchain could improve the accuracy of food ingredient and allergen labels and offer reassurance to people with severe food allergies. Blockchain technology could also remove the need for “may contain” labelling since foodservice businesses can be more confident about the ingredients throughout their supply chains.

In short, the modern foodservice supply chain involves a lot of metrics and details that need to be recorded and monitored. The problem with having so many variables is that mistakes and lapses can easily happen. When it comes to food allergies, however, such failures can compromise consumer health and even be lethal. The introduction of blockchain technology can improve both ingredient tracing and management as well as highlight potential allergen exposure, making for a safer, more transparent food supply chain.

I started my business with one idea and it still has a strong presence in our industry, that "We Make Our Customer's Lives Better" We are not here just to talk about the solutions we sell but to create a relationship that is based on trust and knowledge. That is why I am more than happy to hear all about your business and then provide options on how to resolve your your problems and improve your business with support. It makes me happy knowing that I make a difference in peoples lives every day and will never forget that my job is to help others by providing them with the very best results possible. Reach out, we can help your business. 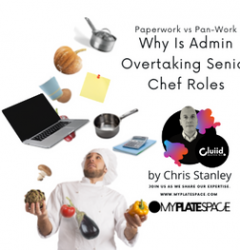 Paperwork vs Pan-Work: Why Admin is Overtaking Senior Chef Roles

Breaking the cycle: How